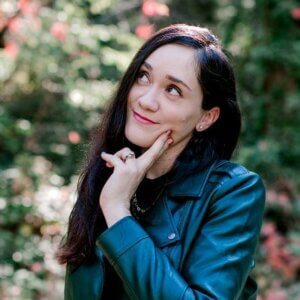 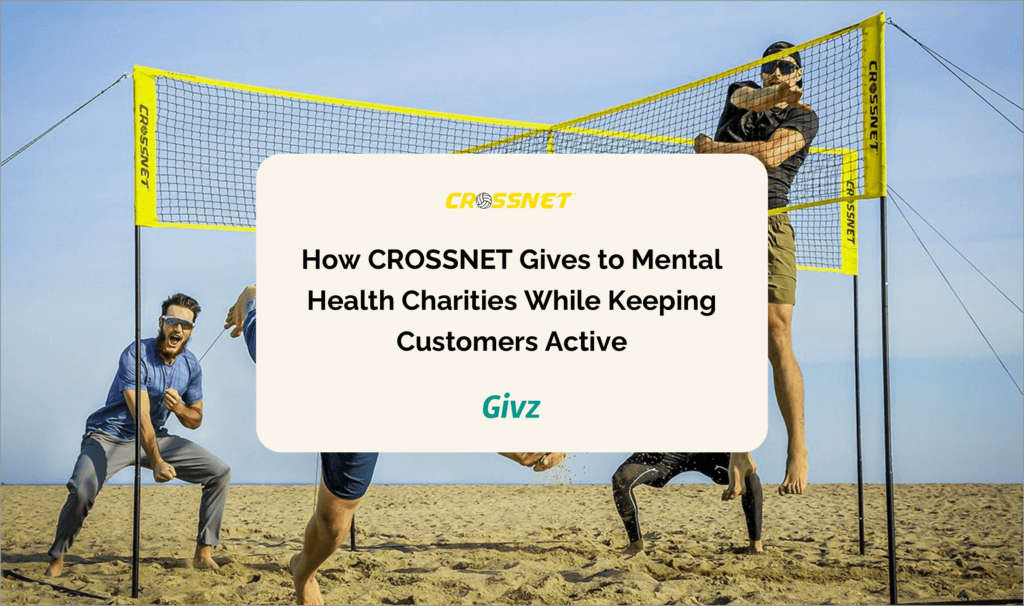 What do you get when you cross foursquare and volleyball?

CROSSNET. A game invented by three friends on a fateful night.

From hustling on the beach to increasing their ROAS, the team behind CROSSNET has had a fun-to-follow journey, which CMO Chris Meade details in his ecommerce newsletter.

We sat down with Chris to discover how he’s tying physical activity to mental health in order to add more purpose and emotion to their already-fun brand.

Keep reading to find out how Chris uses Givz to give to a charity he’s personally connected to, offer customers the same opportunity, and build a value-based brand all at the same time.

“Why would I ever want to look for another donation tool if it helps me with AOV and also serves my purpose and has a good founding team? It checks all the boxes”

Selling the world’s first foursquare volleyball game on the beach

Back in 2018, Chris, his brother, and their childhood friend came up with the idea of a foursquare volleyball game. They realized that there was nothing on the market to actually play such a game and decided to take the plunge and bring it to life.

“We had just graduated from college and were in that transition stage wondering what do we do with the rest of our lives?” says Chris. Between the three of them, they scraped together $20,000 to invest in the company and decided to move from their small hometown in Connecticut to Miami, where would they would have a built-in audience. Smart.

“We created our first 50 units, and we would literally go to the beach every day and play for hours,” says Chris. “We’d meet people and play a game with them, and by the end, they’d want to buy one.” Right then and there, they’d sell nets at a discount out of their car. The word-of-mouth sales grew from there.

The CROSSNET team then got their first product into two Scheels locations, where their product quickly sold out. They were able to turn that success into being carried nationwide at both Scheels and Dicks. “Today, our business is about 60% and 40% DTC,” says Chris.

They’ve since designed products for water use and indoor play in addition to the original outdoor game that’s perfect for the beach or backyard.

“I wanted to donate to this foundation but I was struggling to find a Shopify app that was hooked up to it.”

Looking for a Shopify charity app to cover a specific organization

“My fiance lost one of her best friends to suicide,” says Chris. After their son Jordan Porco committed suicide in 2011 as a freshman in college, his parents Ernie and Marisa Porco discovered the unacceptable suicide statistics among young adults and founded the Jordan Porco Foundation to increase access to effective programming that would truly save lives.

“I wanted to donate to this foundation but I was struggling to find a Shopify app that was hooked up to it,” says Chris. Despite the difficulty, he didn’t give up. “I was so happy when I found Givz. It was amazing to me that Givz already supported the Jordan Porco Foundation, which is a small organization in Connecticut.”

We can all think of large, national organizations that have big chains supporting them. But there are so many smaller organizations that don’t have ongoing support from for-profit companies. By using Givz, ecommerce companies can setup charitable giving to lesser-known orgs in a matter of minutes.

With Givz, brands can feature their favorite charities on their giving page, while allowing customers to choose from one of those or search for their favorite organization.

CROSSNET features the Jordan Porco Foundation on their Givz giving page. When they spend $150 or more, customers can give $10.

“What’s really important to me is being able to see where the money goes. Jordan’s mom is a close family friend of my fiance’s, and we can actually talk with her about how the contribution from CROSSNET gets put to work,” says Chris. “It’s really impactful.” The Jordan Porco Foundation’s programs include innovative peer-to-peer check-ins, mentoring, and support because young people are more likely to share their mental health challenges with friends than professionals.

To make giving feel like a natural extension of a brand (rather than a gimmick), it’s important to tie brand values to a cause. For CROSSNET, it’s the connection between physical activity with friends and mental health.

“Being cooped up in your room can negatively contribute to mental health issues,” says Chris. “But spending more time outside, having fun, being a kid, and making memories can improve someone’s life. Physical activity isn’t the only solution but it’s proven to make a huge difference.”

Spending more time outside reduces stress and blood pressure while boosting happiness, creativity, and mental clarity. So, choosing mental health as their brand’s biggest cause is not only personally fulfilling, but it makes sense for their audience too.

CROSSNET builds the mental health conversation into their brand, especially in their outreach to college students and athletes, because suicide is a leading cause of death among college students.

By using Givz, Chris and the CROSSNET team can collect data on what matters to customers. In terms of giving trends, mental health tops the list, with customers not only giving to the Jordan Porco Foundation, but also mental health charities that Chris hadn’t previously heard of, such as Active Minds.

How the CROSSNET team pans to grow with Givz

As part of their upcoming website rebrand, CROSSNET plans on honing in on their values even more. “Getting outside and playing and not having your phone and not being on these zoom calls…that time away from everything is the best,” says Chris, who plans on infusing this messaging in more of their imagery and copy.

“We’ll be testing different giving structures with Givz to increase our AOV,” says Chris. “We plan on sharing it more during our peak summer season on our website, emails, and social media posts, especially our swipe-up stories on Instagram.”

Chris and the CROSSNET team had already chosen a charity close to their heart. They just needed a way to support it. “The Givz team has been beyond helpful,” says Chris. “Why would I ever want to look for another donation tool if it helps me with AOV and also serves my purpose and has a good co-founding team? It checks all the boxes.”