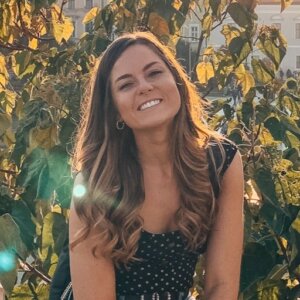 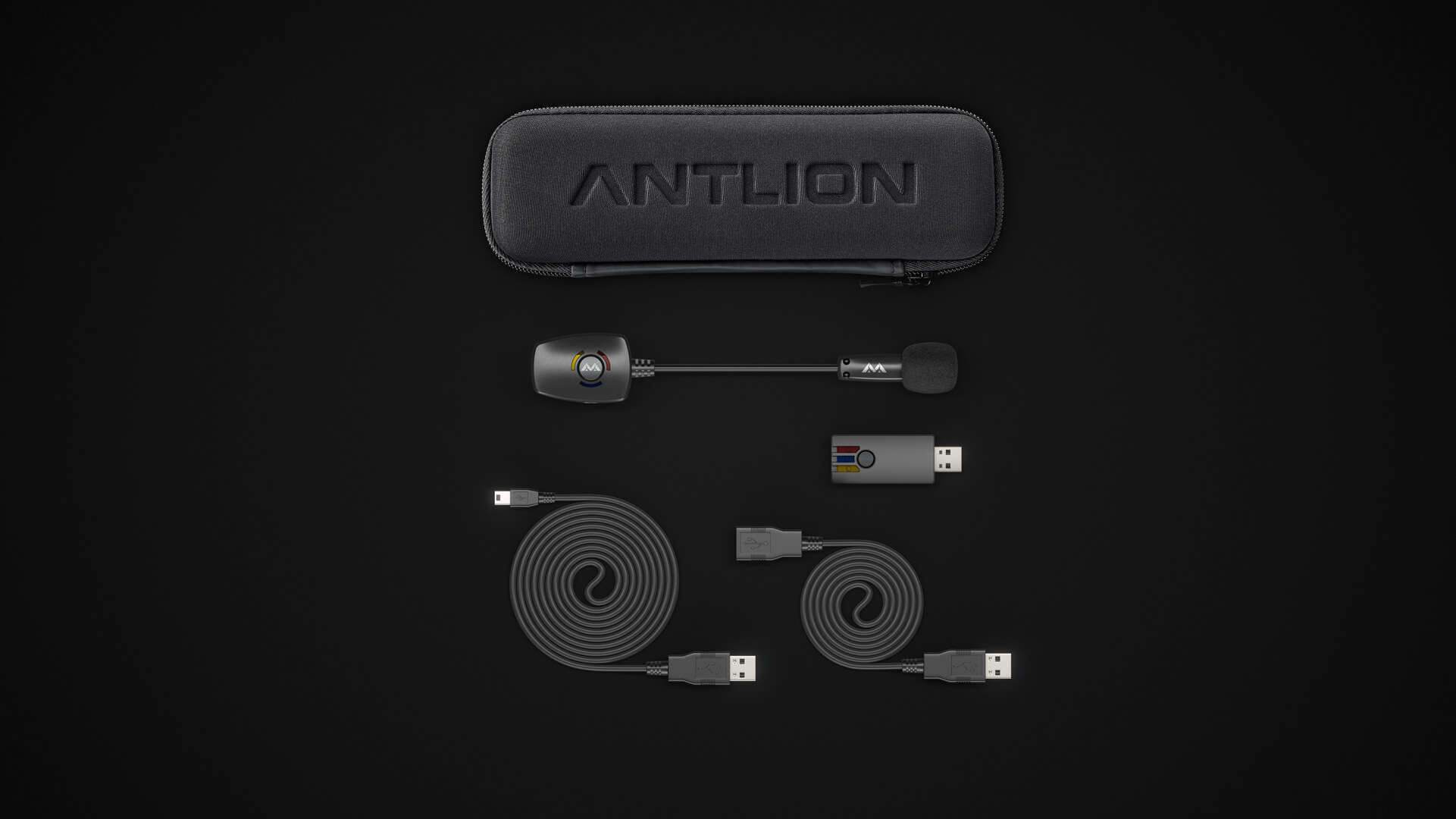 Whether it’s volunteering your time at a soup kitchen or donating to a local charity, we all know that simple acts of kindness can be super rewarding.

Many businesses – big and small – now are also switching their focus to being more charitable and finding ways to give back to the community.

One of those is Antlion Audio – a Portland-based electronics company – which has had charity at its core from the outset.

The company created an innovative piece of equipment known as the ModMic – an attachable/detachable boom microphone that you can add to any pair of headphones.

Founder Jimmy Console, whose background is in mechanical engineering, came up with the idea in 2012 after needing a mic for a pair of headphones he really liked.

He shared the concept with the now current CEO, Eli Wisnievitz, who he met while playing tennis, and the pair made a post on Reddit to see if there was much interest.

They soon discovered that people were keen to get their hands on an attachable mic for their favorite headphones and they quickly got to work, making the mics by hand – a process which involved pouring them into molds in a spare room in Jimmy’s apartment and packing and selling from there too.

By 2014, they went to mass production and within two years they were selling the ModMic in just shy of two dozen countries.

Joseph Lieberman, Antlion Audio’s marketing director, tells us: “The sort of ethos background of the company is really important. Eli came previously worked for a non-profit called Free Geek, which is an electronics recycler in Portland, Oregon.

“Originally, the packaging for the ModMic was simply recycled toilet paper tubes or paper towel tubes. They would just put the ModMic in, seal up the ends, hand-sign each one, and ship it out.

“We’re sad to say that the quantity of packaging we’ve had to include has increased over the years – mostly due to international regulations and keeping things safe.

“But keeping waste down has always been a core value of ours and it’s really sort of built into the core of our company.”

As well as a commitment to driving down e-waste and being as environmentally friendly as possible, Antlion Audio also has a passion for giving back to the community.

The team have a policy where they would regularly meet up and select a volunteer charity that they could help out at.

“We’ve worked with the food bank or there’s an awesome dog charity in this area called Pongo Fund, and of course Free Geek where Eli used to work,” says Joseph.

“We try to keep our local ethos connected to the company. I describe us as the quintessential Portland company – we’re bootstrap, no venture capital, worked out of a spare bedroom for a while – so when a local disaster occurs we really shift our focus towards that, like the wildfires last year were absolutely a local disaster where we wanted to help out.”

But when the pandemic hit in early 2020 and the world went into lockdown, their volunteering efforts were hampered and they started to look for other ways to continue being charitable.

Joseph says: “We had a meeting about how we can maintain our charity focus as a company during a pandemic and it just so happened that Givz came along at the right time.

“We really liked the idea that as a customer, you would be able to select your own charity. It really speaks to our ethos of ‘bring your own headphones, choose your own product and build your own audio solution’.

“I think it’s great that let’s say Intel wants to donate $100 million to a specific charity, but as an Intel customer, you don’t get to decide where they put their money. So we really, really latched on to the idea and thought ‘boy, that’s really nice’.”

Antlion Audio went ahead and partnered with Givz, offering customers who spend over $90 the opportunity to select any US charity of their choice which they could donate $10.

They frequently rotate their highlighted charities, including electronic recycling non-profit Free Geek, Forward Together – a social justice organization, and No Kid Hungry which strives to end child hunger in America.

Joseph says that they found that most customers tend to pick their highlighted charity options but adds that “to have the option is something that really appeals to us”.

For Antlion Audio, communicating their Givz campaign with customers is important, but not the sole motivation for running it, Joseph says.

“We do it because we believe in supporting charities and this gives us the flexibility to do so,” he explains. “To let us donate money instead of time as we used to do, helps us to maintain our ethos of not being a faceless, bureaucratic organization, but being the company that others want to be.

“We don’t want to say we donated X amount of dollars and then run a big ad campaign about how great we are – you will never see Antlion Audio do that.

“We will highlight charities and say ‘hey, you can give money when you make your purchase’. But we’re not using Givz, or any other form of donating, as a platform to promote our selfless acts.

“I think it’s important for companies to do that in the future – to give without the expectation of reciprocal result.”

So, when it comes to marketing then, Joseph describes their approach as “mildly active, greatly passive”.

Antlion Audio runs a banner at the top of their website with a link which explains their Givz partnership and giving to charity.

When they rotate to highlight new charities they update their blog to talk about the Givz programme as well as sending out a newsletter to their subscriber base.

1. Be a Human Company

Any modern company has a wide variety of touchpoints with customers these days, and the automation tools are everywhere, the idea being that faster is better. We go the opposite direction: Human equals better.

Antlion Audio has social media that includes Twitter, Facebook, TikTok, and even YouTube. We also have a live support channel on Discord as well as an email support system. Regardless of how our users reach us, our #1 goal is to reply as a human. We know it is faster to use automated systems, bots, or copy/paste answers, but we hate it when companies do this to us, so why would we do that to our customers?

Instead, we try to answer each customer as an individual with a unique problem to solve. Yes, we have some copy/paste step by step answers to common questions, but at the very least we want to greet the customer as a human first, before we get to the copy/paste solution (In our case most commonly solved by, “Is your microphone muted?”).

Dovetailing directly into this human to human communication chain is our ability to be more than just a support line. By resolving it quickly and to maximum satisfaction, we can then solicit that customer for reviews. In short, we turn a potential unhappy customer into one willing to give us a 5 star rating, be that on Amazon or elsewhere!

Again, to us, this is about avoiding automation. We don’t want to send a generic automated follow-up email 1 minute after closing a ticket via some third party system. We want to write each inquiry a quick letter thanking them, ensure we addressed their issue, and then direct them to show their appreciation. The results compared to automated systems are staggering. It absolutely takes more manpower and requires trusting your employees to go “off book,” but we believe it’s absolutely worth the effort.

The extra benefit of a more hands-on communication channel is it gives staff an opportunity to listen to feedback, both positive and negative. At Antlion we have a series of Slack channels that include everyone from the CEO down to the newest hire. The only purpose of these channels is for feedback related to our products. When a customer gives us a piece of feedback we believe is worth sharing or when we hear the same piece of feedback multiple times, everyone is empowered to write in their thoughts. We don’t just assume we know best and we don’t just take aggregate metrics, we hear ideas, suggestions, complaints, and write them down and consider each one.

As a company this means establishing trust that someone higher up isn’t going to “kill the messenger” of bad news, complaints, or feedback that goes against what they believe is right. It’s not always easy to hear the thing you want doesn’t match what customers are saying, but it is absolutely worthwhile.

Further, we make it known that every time a person suggests something, no matter how insane, that we listen and take it seriously. Any person in the world can enter our Discord, tag @staff, and we guarantee that an executive level staff member will see their suggestion. Imagine if you could walk into an Apple store, suggest an improvement, and be told it was immediately sent to the head of development. That’s basically what we do.

This ensures we’re always making products people want. We know we’ll never please everyone, but the least we can do is listen and then act on the suggestions that meet at the crossroads of possible and popular, and that is what makes Antlion Audio the successful company it is today!

Looking for a unique way to stand out as a purpose-driven-brand?
Get Started
We help you replace discounts with donation incentives.
Get Started